What are diamond simulants?

A diamond simulant, also known as an imitation diamond, shares some of the same characteristics of diamonds.

To the naked eye, they look the same as mined or lab-grown diamonds, but their chemical properties are very different. It exists different types of diamond simulants:

Crystal, or crystalline solid, was the first diamond simulant.

Cutting crystal is inexpensive but it is not a good diamond simulant.

One of the main inconvenient is its low refractive index, i.e. light goes through the crystal instead of being reflected back. As a result, a crystal has much less brilliance and sparkle than a diamond.

Commonly referred to as a CZ, Cubic Zirconia is a synthetic material that is colorless, hard, and flawless.

The CZ was first produced in 1976 and has become a popular and affordable alternative to diamonds. The most important similarity between the Cubic Zirconia and a lab-grown diamond is that both of these items are grown in a lab.

The CZ is used to represent or look like a real diamond but, for the buyer, there are very real differences between the two including its quality and its value of the diamond.

The main differences between a cubic zirconia and a real diamond are that :

- CZ is easy to scratch;

- CZ is more fragile than a diamond;

- CZ does not shine under the light like diamonds;

- CZ is heavier: will weigh almost double than a diamond

Natural Moissanite (that comes from space) is so rare, it is now more commonly made in a lab.

Because it is more expensive than the Cubic Zirconia, it became a less popular choice. Indeed, moissanite can sell for over $1000 per karat!

Synthetic Moissanite was first grown as a diamond simulant in a lab in 1993 and is the crystal form of silicon carbide.

The White Sapphire was considered to be the best simulant option as it was colorless and durable and it could be made to look just like a diamond.

It is more expensive than other simulants because it is a natural gem.

A true white sapphire is considered quite rare and they get their white or pure colour from the trace elements present in the earth as the sapphire is formed.

What about lab-grown diamonds? 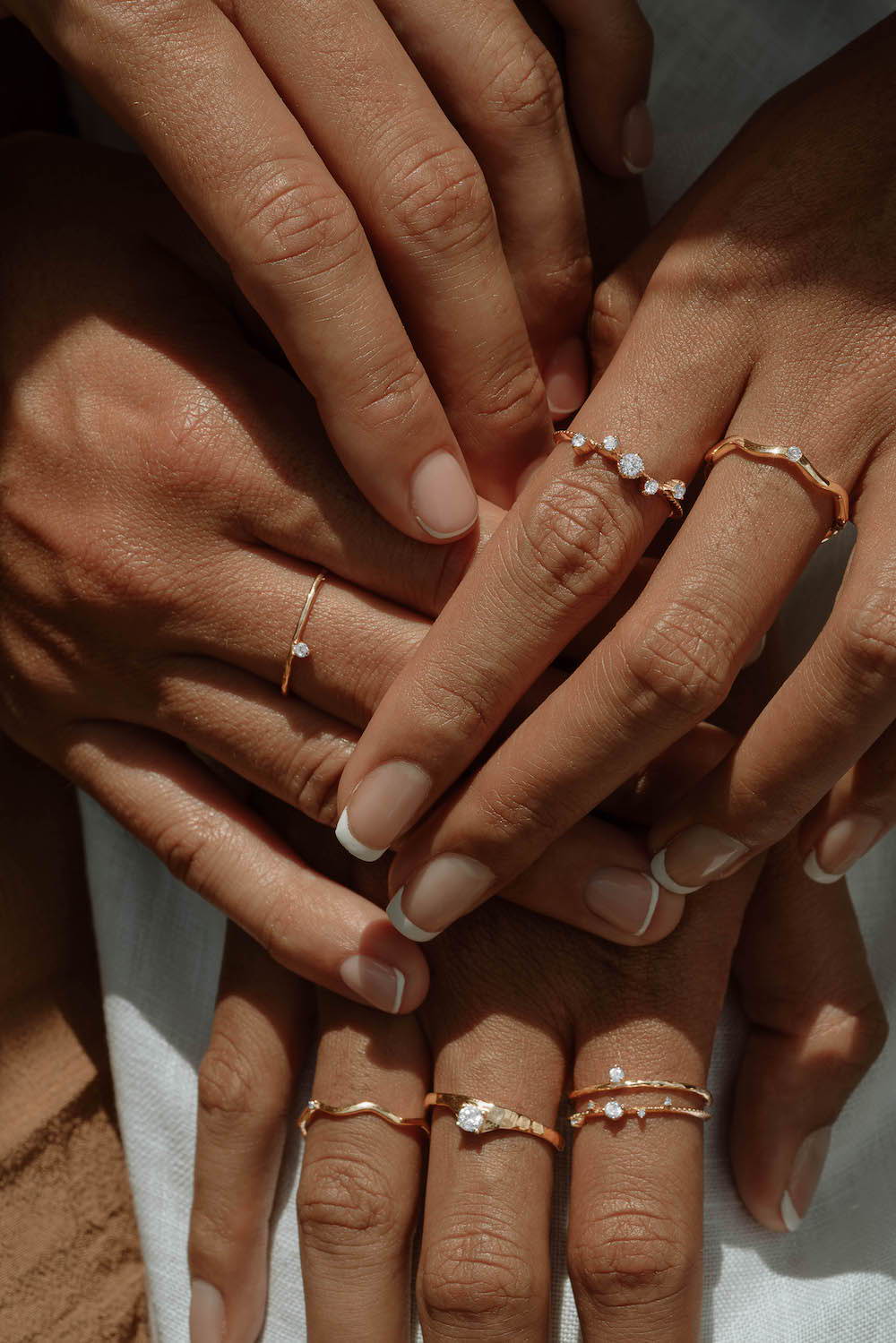 Lab-grown diamonds are not diamond simulants.

They are diamonds, created in labs instead of mined.

A lab-grown diamond is crafted in a highly controlled laboratory that creates the diamonds under intense heat and pressure. Because these diamonds contain the same chemical compounds as mined diamonds, they are diamonds.

Lab-grown diamonds arouse suspicion and questioning, yet during the summer of 2018, the Federal Trade Commission that regulates commercial practices amended its jewellery guide to remove the word natural from the definition of diamond.

It continues by clarifying that:

when it is possible to create a product which has essentially

the same optical, physical and chemical properties as a mined diamond."

In a survey by market research company MVI, found that “the percentage of consumers willing to buy an engagement ring with a lab-grown diamond is steadily increasing, rising from 55 per cent in 2016 to almost 70 per cent in 2018”.

The study predicts that lab-grown diamonds will be an industry that could overtake mined diamonds by 2030!

How do you tell the difference? 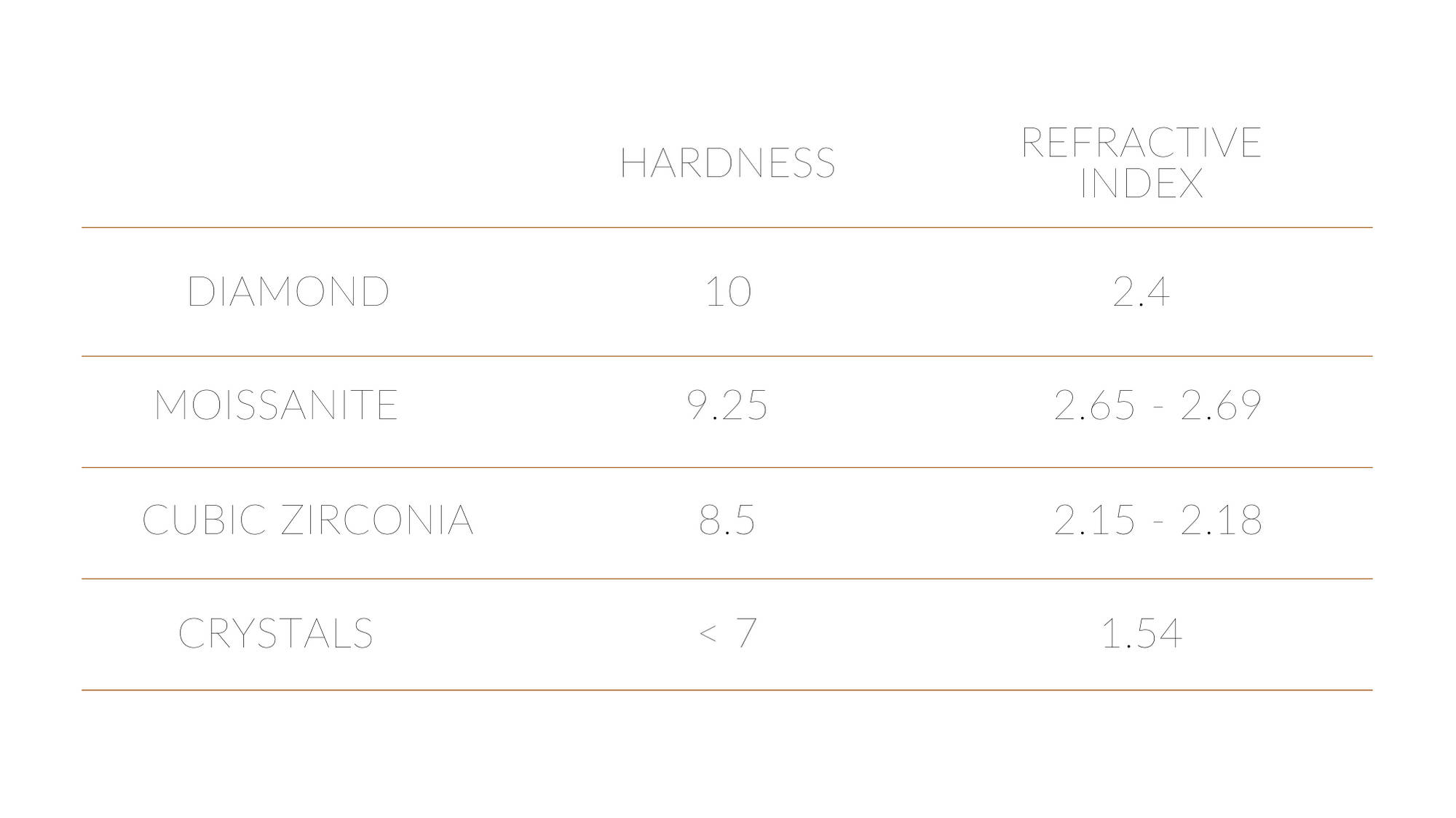 This scale rates the resistance a mineral has to being scratched by another mineral.

This is when you see how fast light can go through the mineral or how the mineral will naturally bend and reflect light.

Higher index can create an unwanted effect where the light is going off in different directions which is sometimes referred to as the ‘disco ball’ effect.

The diamond grading analyses four key areas of importance in each diamond - the Cut, Colour, Clarity and Carat.

By evaluating each area and requesting a certificate of authenticity for your (lab-grown) diamond, you can be sure to avoid making a purchase with another form of imitation diamonds.

Why does it matter?

Whilst there are many simulants on the market, a lab-grown diamond is not referred to as a simulant, but as a diamond.

According to Rob Report Singapore, 100 per cent of all lab-grown diamonds are jewellery quality; this figure plummets to just 20 per cent with mined diamonds. This means that each time a lab-grown diamond is purposely made, it can be used 100% of the time to craft jewellery.

In the case of mined diamonds, 80% of what is taken from the earth is not at a high enough standard to be used by jewellery companies.

The conversations that have been generated across the industry have highlighted numerous environmental and human rights violations within the diamond mining sector that consumers now don’t wish to ignore. 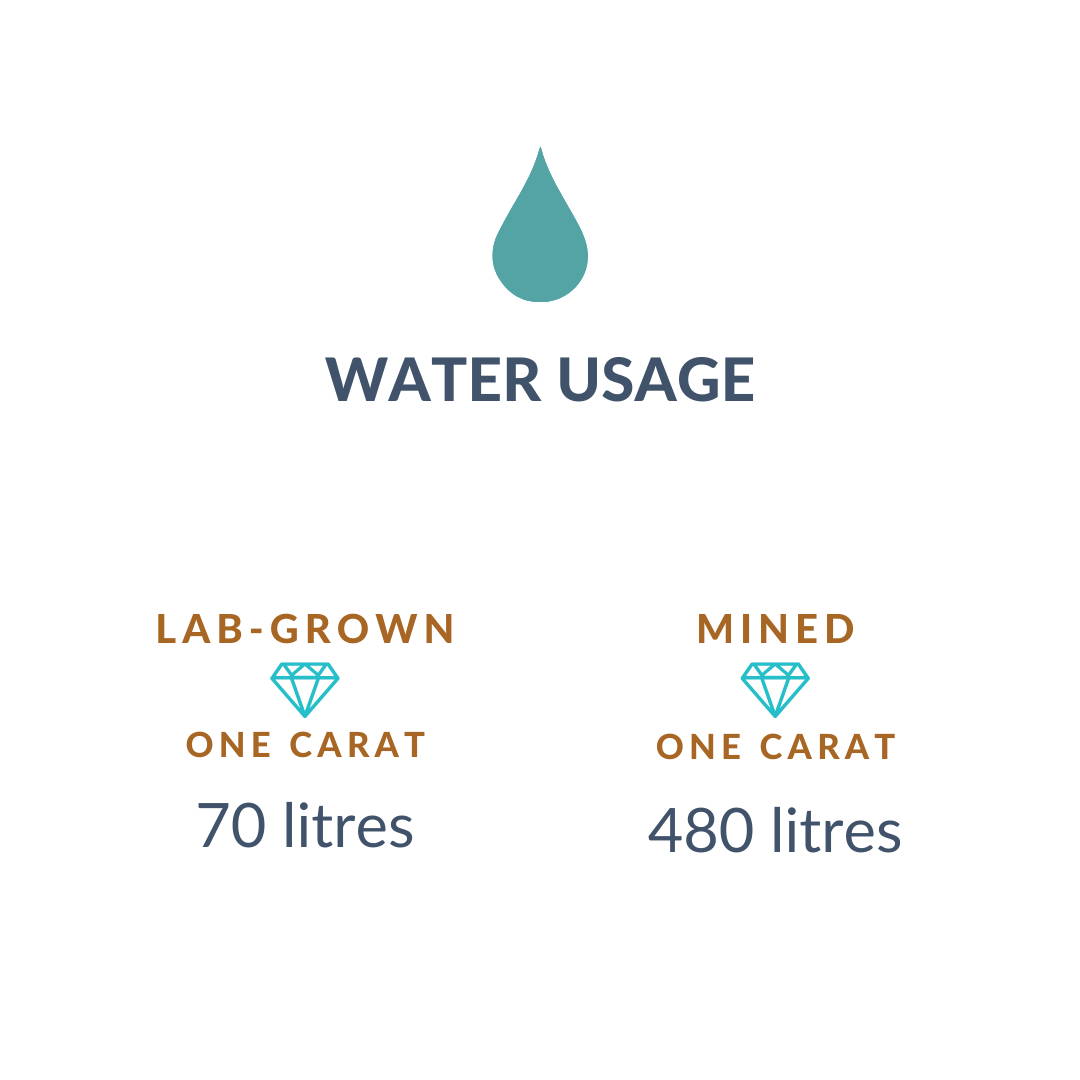 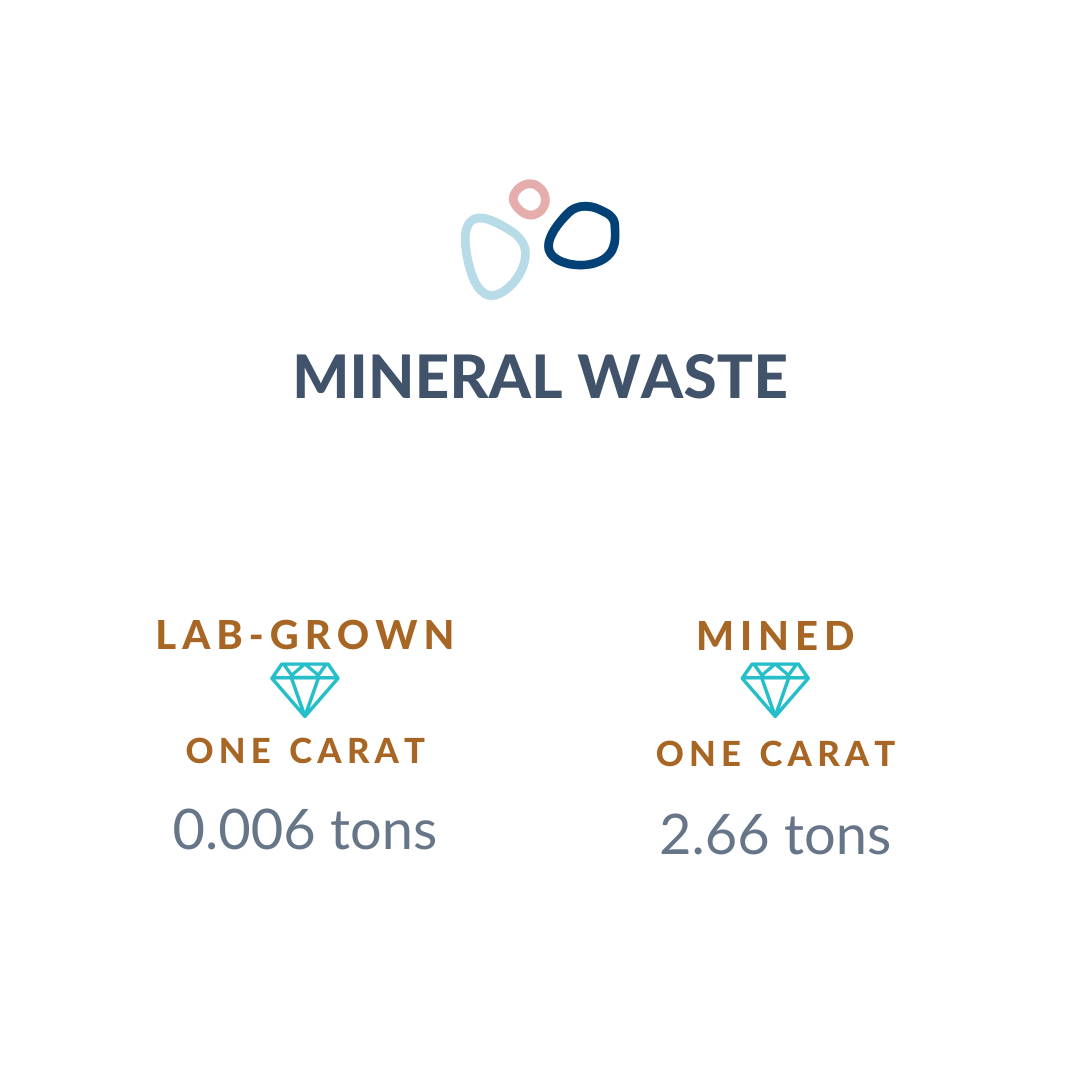 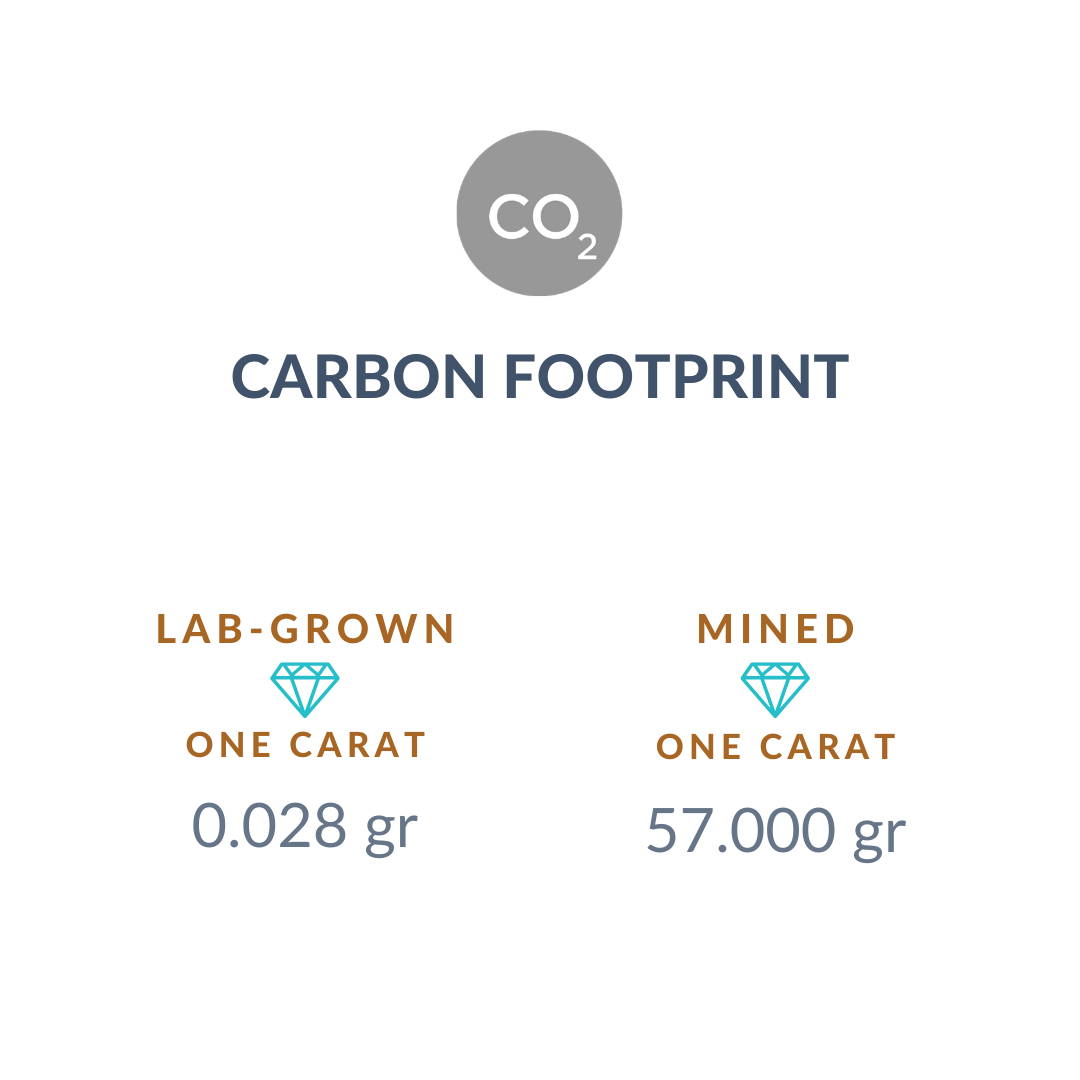 How popular are lab-grown diamonds? 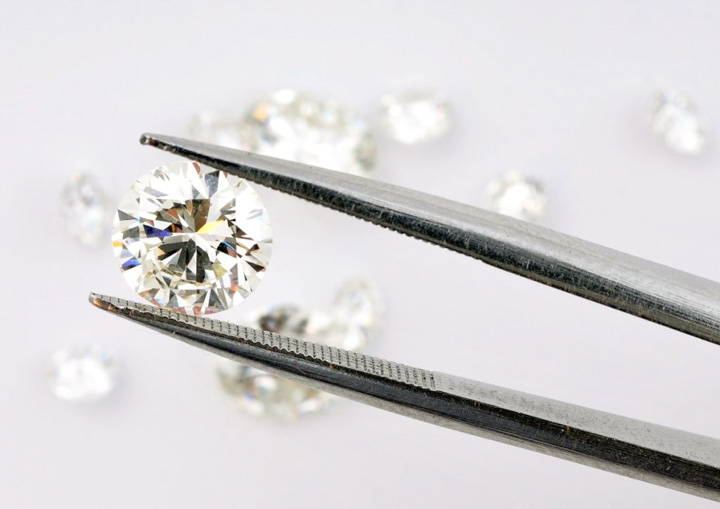 Globally, the popularity of lab-grown diamonds is very much on the rise with a number of celebrities turning to responsibly sourced fashion and jewellery.

Recently, in 2019, Meghan Markle was seen in London adoring a stunning pair of drop earrings crafted from lab-grown diamonds. This certainly sparked a conversation, that someone who could wear mined diamonds, chose to use a sustainable alternative grown in a lab.

Leading environmental and climate change activist, Leonardo DiCaprio is one of the largest investors in the synthetic diamond industry partnering with a company that creates lab-grown diamonds from solar power. Leonardo DiCaprio famously starred in the 2007 film, Blood Diamond, a movie that highlights the conflict from diamond mining in Africa and he continued to endorse ethical diamond production after learning the harsh reality diamond mining causes in war-torn regions around the world.

Lady Gaga was spotted in London at her A Star Is Born premiere in 2018, wearing a pair of earrings that featured 9 brilliant-cut lab-grown diamonds. Emma Watson has been seen wearing both lab-grown diamonds and recycled gold jewellery at a Vanity Fair Oscars After Party and the Academy Awards.

Celebrities who are bringing key environmental issues of the fashion industry forward into the public eye are helping to influence buyers to think about their purchases. Lab grown diamonds are hailed as the future of the jewellery industry, as they are diamonds that don't cost the earth – both literally and figuratively.

“unlike past diamond substitutes like cubic zirconia or Swarovski crystals, today’s above-ground gemstones are the spitting image of their natural antecedents, down to the atoms.

They are physically, optically and chemically alike”. 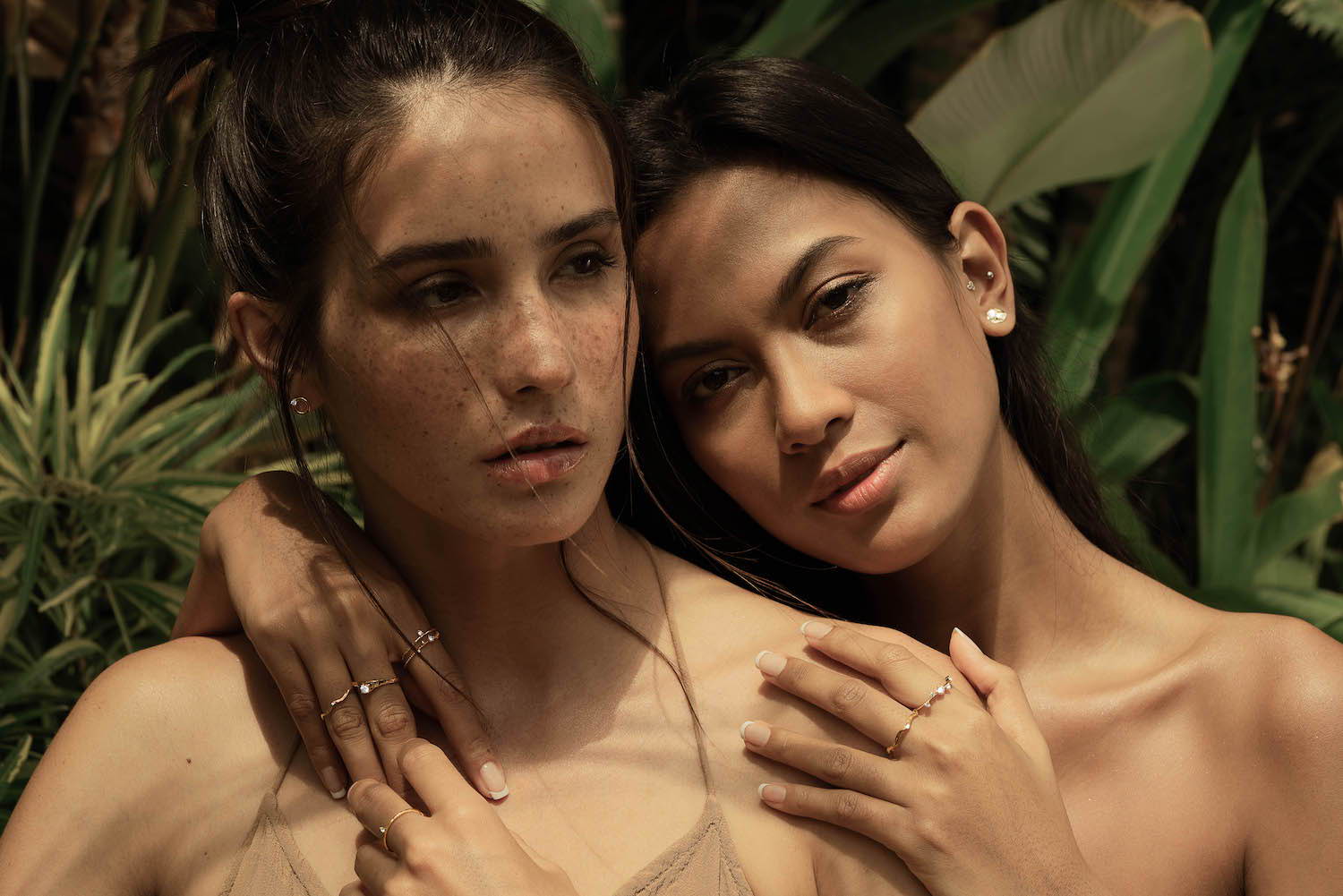